Getting to Know Mary Apgar, Through the Seasons 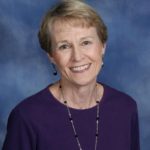 Mary Heaton was raised in Ventura, California, along with her sister Liz and her brother John. Shewas the “baby” of the family. Her father was a superior court judge, a fact she’s proud of and it has fostered her interest in law.

After graduating from high school, Mary attended UC Berkeley and obtained a BA in English. As a child and teenager she attended a Presbyterian church but had never experienced a personal relationship with the Lord until she went to Campus Crusade for Christ with a friend. She finally heard the gospel and became a believer. (That’s right, Berkeley in the 60’s – there are miracles.) She also met Ron Apgar there and he became a Christian as well. They were married in 1967. It was a season to laugh and a time to dance.

After graduating, they attended Talbot Seminary in La Mirada, Calif. Ron decided to go full-time and received his Master of Divinity. Mary attended for a year then left to do secretarial work to support Ron’s education.

In 1973, the Apgars moved to Chula Vista where Ron became the first pastor at an Evangelical Free church. It was a small church with a whopping congregation of 20 people, but when they left, it had 150 people attending; the church is still thriving today.

Soon the children came along, as children do; Jonathan was born in 1977 and Elizabeth in 1979. Ron decided to enlist in the Navy as a chaplain and Mary remained a homemaker. Unfortunately, on the heels of a beautiful life came tragedy and in 1980 both of Mary’s parents were killed in a plane crash. Adding to the heartbreak, her father was the pilot. It was a time to grieve.

In 1982 the family moved to Washington, D.C. and in 1984 they moved to Spain. While in Spain, Mary’s life’s journey took an unexpected turn and the marriage ended in divorce.  During this difficult season Mary moved back to the San Diego area and in 1987 she moved to La Mesa. It was now a time to heal.

Mary needed a job and found one as a bank teller where she worked for two years.  Then in 1989 she got a job at the US Attorney’s office where they prosecute federal crimes. Her interest in law paid off. She began as a legal tech and worked her way up to paralegal supervisor.  She now works in the Asset Forfeiture Department where they confiscate assets (cash, cars, jewelry, etc.) from the bad guys. The proceeds are used for law enforcement like police cars and vests. She loves her job and has never looked back.  Plus after 30 years, she is now the go-to gal for the department’s forfeiture information.

When Mary moved to La Mesa she attended 1st Presbyterian in El Cajon. She had a supportive pastor and the church enabled her to grow spiritually. Then after sixteen years, the leadership changed and Mary knew she needed to look for another church. Once she had visited Community Covenant Church, she felt at home, and here she stayed. Mary leads a Moms in Prayer group and has a heart for missions. “Heart” is an understatement. She’s been on six mission trips, including a recent trip to Nepal. After returning from there, and during church service, Mary showed her spontaneous dancing expertise to a delighted congregation. We were so tempted! It was again a time laugh and a time to dance.

Through the seasons Mary’s journey hasn’t always been easy, but she leaned into God, trusted in Him, and because of Him weathered the storms. Thank you Mary, for letting us get to know you.